The function and role of gas mask

As one of the conventional equipment of special forces, gas masks have also played an important role in actual combat.

First of all, the tasks performed by special forces are very severe. Take foreign special forces as an example. The severity of the tasks they perform is no different from eating during parachuting. The US Navy SEALs have performed many assassinations. Bin Laden’s mission, gas masks can protect the seals from being exposed and prevent gas attacks.

So why do special forces wear gas masks to fight?

The situation is for combat use in the CBRN (Nuclear, Biochemical) environment or when there is a nuclear, biochemical threat. One of the mission objectives of the US special forces is the anti-proliferation operation of weapons of mass destruction, which requires them to master relevant knowledge and use anti-nuclear, biological and chemical equipment. Gas masks are the most basic personal protective equipment.

Then, when performing counter-terrorism tasks in an indoor close combat environment, including the resolution of hostage-taking and other incidents, the fortification team will use a large number of detonation bombs and chemically disabled ammunition. In this case, wearing a gas mask can effectively protect the safety of the operatives.

For example, the special forces of the British division like to do this, shock bombs and commandos enter the house at the same time. You can look at the Australian hostage incidents in the past few years. The commandos all went in. The rest of the team were still throwing flashes in it to create a favorable environment for themselves. And the gas mask can be equipped with anti-glare film. 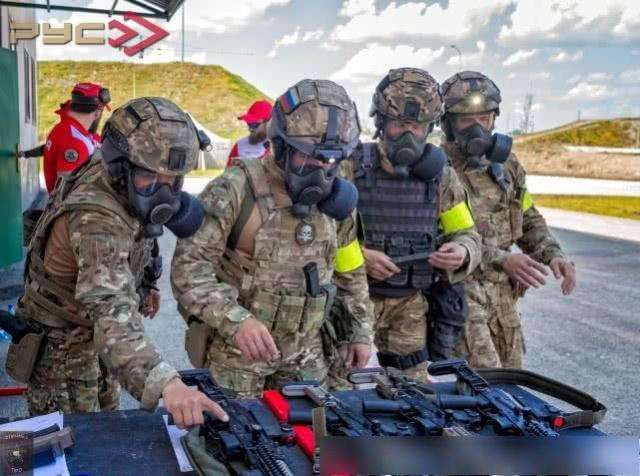 In modern warfare, especially in the urban environment, the space in the building is narrow and the damage increases. Even if chemical weapons are not used, the possibility of being injured by fire in ordinary gunfights is much greater than that of shrapnel. At the same time, the use of gas masks can also protect the team members from direct burns from open flames and the danger of shrapnel and broken stones. When not using gas masks, members of special forces and SWAT teams will also wear goggles and fire masks. 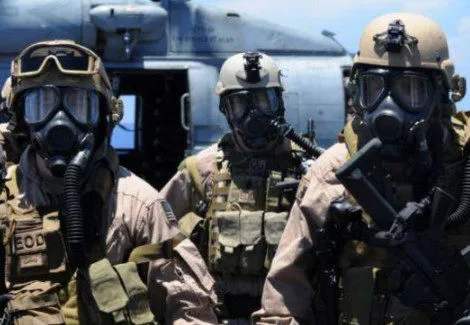 But wearing a gas mask also has many negative effects：

The first is to affect breathing and oxygen supply. Gas masks have respiratory resistance. Wearing respirators for a long time will burden the respiratory and circulatory systems, which not only affects physical performance, but may also affect physical and mental health.

Secondly, it affects situational awareness as well as proprioception. Specifically, the field of view is restricted and the senses are blocked. There are fewer things to see, and the judgment of distance is also affected, which is unfavorable.

The last is to affect the technique and tactics-wearing a gas mask is no way to aim at the cheek normally, to accurately shoot must be made up by other technical means. At the same time, because of the limited field of view, it will increase the difficulty when operating complex equipment.

This is the function and disadvantage of gas mask.