The PENN ARMS anti-riot launcher series is divided into two calibers: 37/38mm and 40mm. Corresponding to the types of ammunition of different calibers, the launchers of these two calibers are divided into single-tube, revolver pumping, and other types, and there are folding or fixed butt models for customers to choose. The PENN ARMS L140-4 single-tube transmitter is one of its series of transmitters. It is made of 4140 steel, 6061-T6 military-standard aluminum alloy, and DuPont's glass fiber reinforced nylon material. Rifling, this is one of the differences from the 37/38mm transmitter.

Fader 37/38mm riot launcher, the ammunition used is different from 40mm ammunition. The projectile is contained in a large aluminum cartridge, just like an enlarged version of the shotgun, and the launcher The inside of the barrel is a smooth surface, a smooth bore tube, and the accuracy of long-range shooting is relatively poor.

The PENN ARMS L140-4 single-tube launcher, equipped with 40mm caliber ammunition, has the same shape and basic structure as NATO standard 40mm caliber training low-speed grenade, so NATO standard 40mm caliber grenade launchers such as M79 and M203 can be used. The ammunition adopts the launching principle of the high and low-pressure chamber, which can meet the demand of propelling the projectile with less propellant, and has a low chamber pressure and a higher safety factor.

The PENN ARMS L140-4 single-tube launcher has a rifling in the tube, which allows the projectile to rotate on its own after being ejected to form a stable spin state. With the streamlined shape of the warhead, the shooting accuracy can be greatly improved and can be compared. A single target at a long distance implements point-to-point direct shot suppression. Thanks to the design of the rim, the barrel of the launcher can be appropriately shortened, and the shape can be designed to be more compact and shorter, but it will not affect its shooting accuracy. 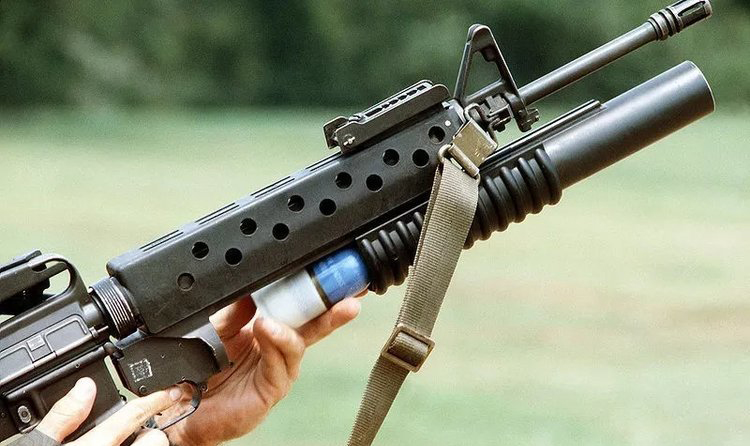 The basic parameters of the launcher are as follows: the folded length of the buttstock is 44.4cm, the length of the unfolded buttstock is 66cm, the full length of the buttstock is 76.2cm when fully stretched in place; 4 bars are distributed around the barrel Picatinny rail, the barrel length is 30.4cm, there are 6 right-handed riflings inside, it is made of 6061-T6 aluminum alloy, the surface is treated with military-standard grade iii anodizing; the trigger is a pure double-action mode, the firing mechanism The overall frame is made of steel parts; the front and rear grips are made of DuPont's reinforced composite material, and the launcher adopts a pouch-style filling method. The weight of the entire launcher is 2.57kg, and the caliber of ammunition used is 40mm, the total length of the projectile shall not exceed 152.4mm.