A ballistic plate, also known as an armor plate or trauma plate, is a protective armored plate inserted into a carrier or bulletproof vest, that can protect by itself, or increase the protection of the vest.

It is used to defeat higher threats and can be considered a form of ballistic armor. It is usually inserted in the front and back, and sometimes side insertion is also used. There are also boards in other areas, such as the shoulders, knees, and throat.

Dimensions and sizing
ballistic plates can be found in a variety of sizes and shapes. In the industry, armour plate shapes are commonly referred to as a cut, in reference to how the strike face must be cut from the material. The most common are the:
SAPI Cut, a rectangle with two sloped cuts on the top two corners, the name is derived from the SAPI armour plate. Similar, but with larger cuts, is the Shooter's Cut.
Swimmer's Cut, is similar to a stretched trapezoid on top of a rectangle. Used by SEALs and other seaborne units.
Rectangle/Square, a rectangular armoured plate with rounded-off corners. Somewhat antiquated due to the advent of modern tooling.

Some other cuts exist but are far less used, such as the ergonomic cut, which covers most of the torso, and the ranger cut, which has largely fallen out of favour for much the same reasons as square.
Most overt armour plates usually are sized to 250 mm × 300 mm (10 in × 12 in), 280 mm × 360 mm (11 in × 14 in), and other such dimensions, however, SAPI plates are slightly different. In addition, armour plates may be curved to assist in the user's comfort and ergonomics.

Materials
Most trauma plates or pads are made of a combination of materials. The following categories denote the primary material used in different plate packages.
1. Ceramic
Ceramic plates or ceramic armor, typically composed of boron carbide, silicon carbide, or other similar materials, are commonplace in military applications. The advantage of ceramic armor is that they are not only lighter than metals, but much harder as well, which enables them to deform tungsten core penetrators, and resist ammunition at a high velocity. 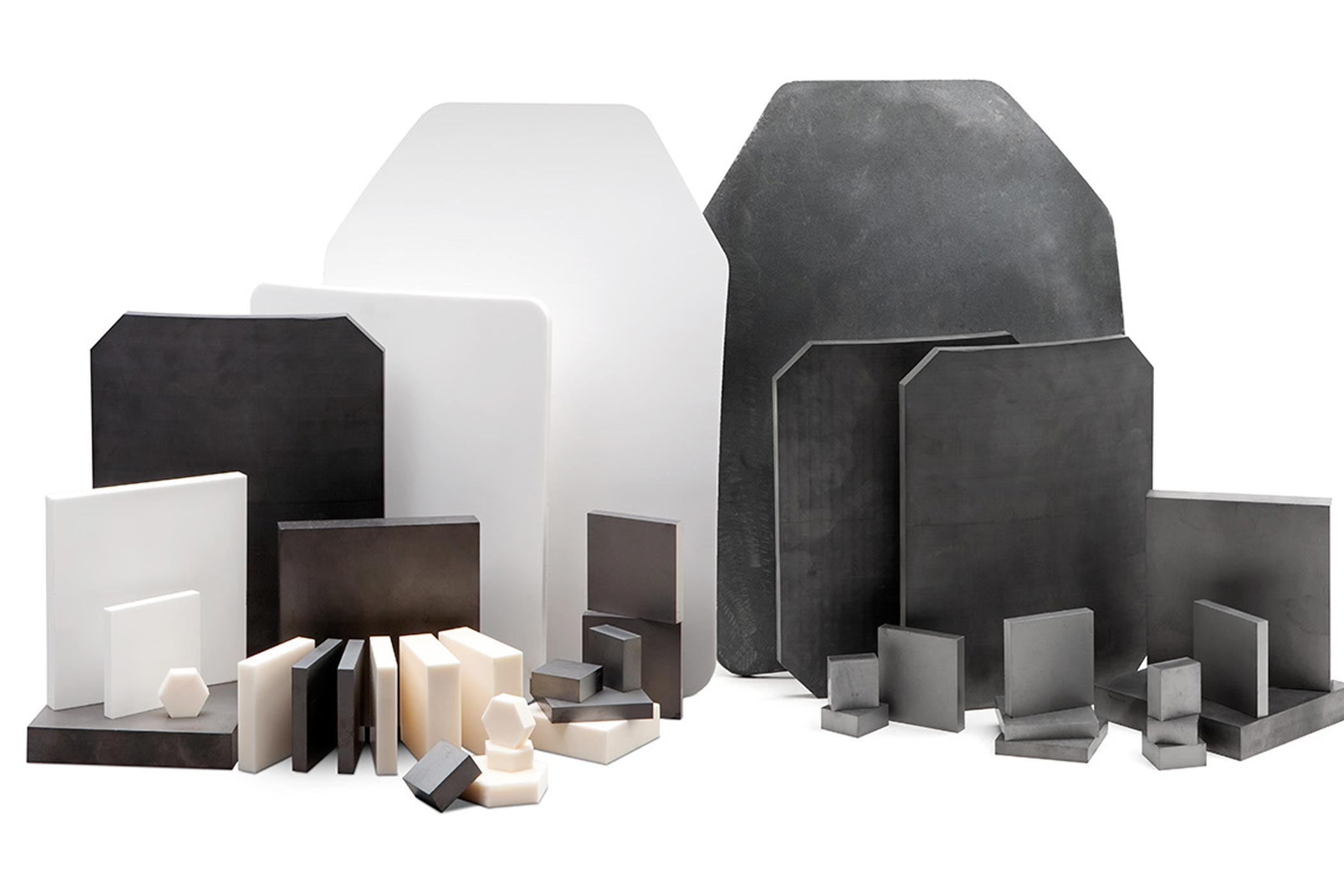 2. Metal
Most metal trauma plates are made primarily of steel or titanium, although aluminum and various alloys also exist. 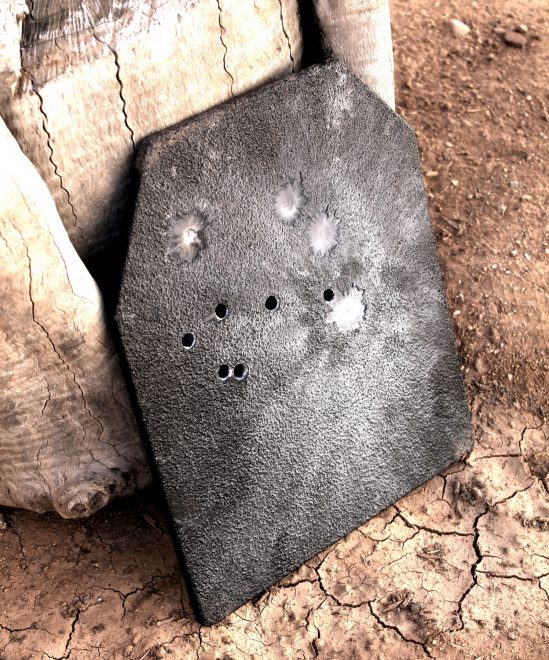 3. Polymer
The material, and padding made from it, derive its superior energy adsorbing behavior from the unique physical properties of the viscoelastic compound.  The bulk of the compound is composed of high molecular weight, highly viscous, highly elastic polymer fluid.

4. Nanomaterials
As a potential material for future trauma plates and anti-ballistic fabrics, carbon nanotube and nanocomposite materials offer strength to weight ratios that are potentially superior to other materials.

Special threats
Special threats are ratings of armour above standard ratings, such as a denotation of IV+ capability, or the ability to defeat M993 armour piercing ammunition. Such armour can range from mundane III+ plates, to exotic protections for 12.7 mm projectiles.