In a military magazine in the early and mid-1990s, a group of photos of my Marine Corps Amphibious Reconnaissance Brigade was published. In addition to the marine camouflage combat uniform designed by Yang Nanzhen University, the team members that impressed me most were the players. The 93 individual load carrier is very different.

This group of carrying gear consists of two parts: fighting gear and rucksack, which are designed and produced by the Nanjing 3521 factory.

In the early 1990s, the Marine Corps proposed to the Nanjing 3521 Factory that a individual load carrier that meets the needs of the Marine Corps was needed. The Technical Office of the Plant designed an outfit based on the British 58 outfit and provided troops with a trial. It is made of canvas made of cotton vulcanization process, and the fittings in the photo below are the trial production models. 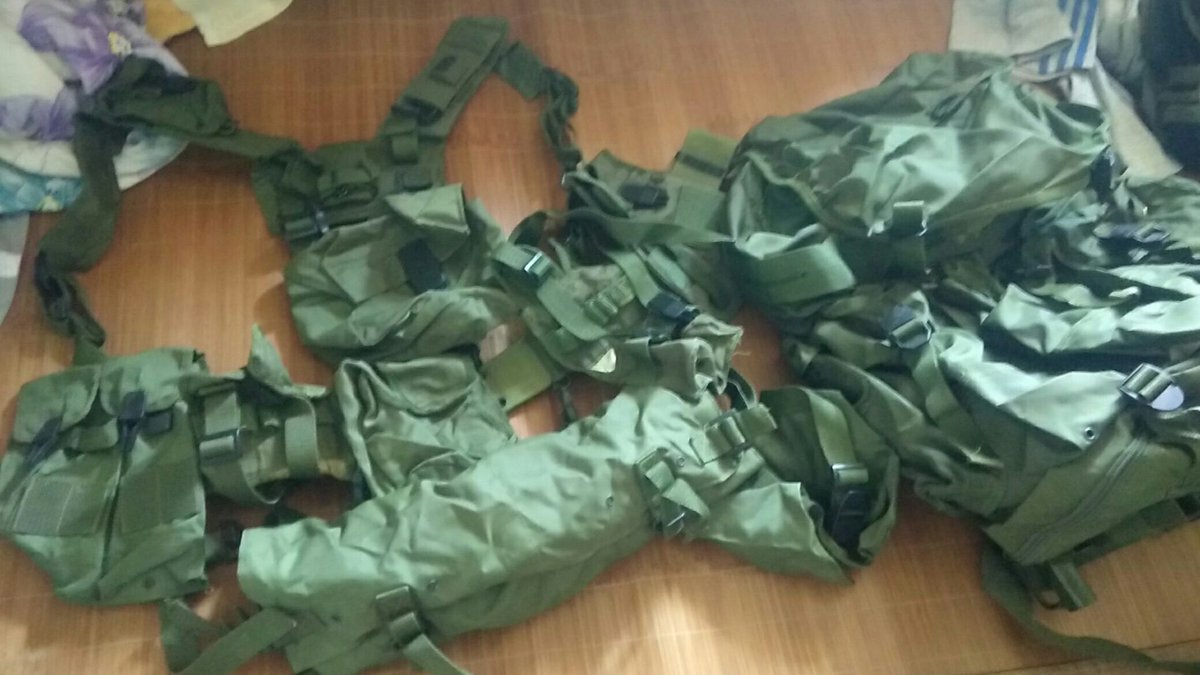 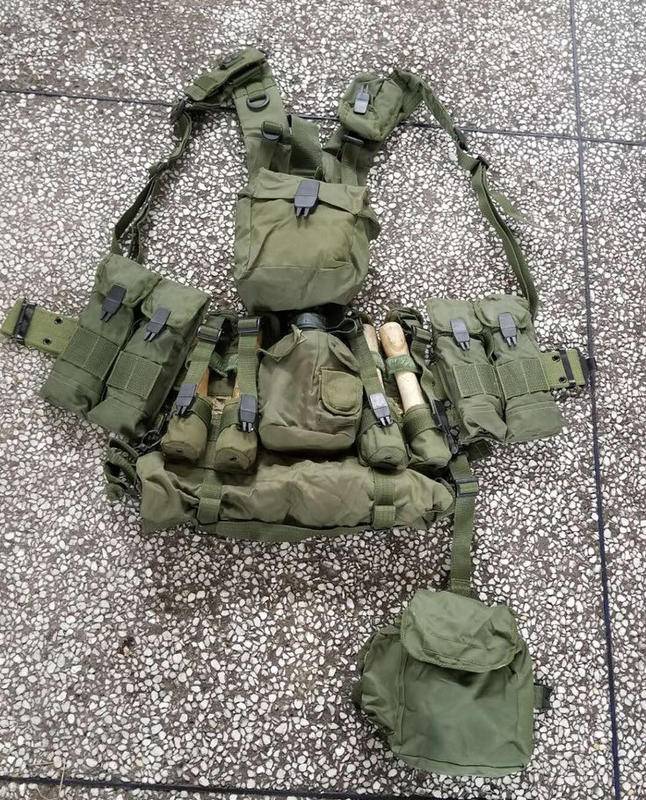 The rifle magazine bag and the submachine gun magazine bag are both set in pairs. They can carry 4 56-stroke, 81 automatic rifles, 85 light/micro 30-round magazines, and a horizontal webbing on the front to add other equipment. bag. There is also a webbing inside the magazine bag, which may be used to bundle the corresponding equipment in an emergency. It is worth mentioning that the shadow of 58 gears is also retained on the magazine bag. The metal ring on the upper back is used to connect the copper hanger of the H-type load belt, and the metal ring at the rear is used to connect the raincoat roll.
The gas mask bag is quite special, it is fixed on the right leg, the copper hanging ring on the top of the connecting belt is connected to the hanging hole of the waist belt, and the connecting buckle of the thigh fixing belt is a plastic two-pin socket. It is interesting that this gas mask bag is designed to carry only gas masks, and the matching canisters are placed in other equipment bags. According to the memories of the ZIPPOWER brothers, this design is to reduce the weight on the legs.
After talking about the main body of the backpack, let's take a look at the highlight of the rucksack-the multi-purpose back frame.
The back frame is composed of a steel back frame, a binding belt, and a waist belt. Why is it multi-purpose?
1. In addition to being a backpack back rack, it can also be used independently for being loaded (such as an ammunition box), which is also the same on its prototype LC system backpack, but the difference is that the LC system backpack strap can be used in the backpack Converted on the back frame, and the 93 backpack's strap is fixed on the backpack body, then the question is coming, since the strap cannot be converted, how can this rack be used independently as a heavy-weight back rack? In fact, I don't know. This function was told by ZIPPOWER, who was involved in the design and production of 93 portable equipment. Due to the age, the details have been unclear.
Even here is the introduction,everyone must have a preliminary understanding of this equipment.
Tags:93 individual load carrier
Like This:
Share